Accueil > Actualités > A Robot May Be Training to Do Your Job. Dont Panic

A Robot May Be Training to Do Your Job. Dont Panic 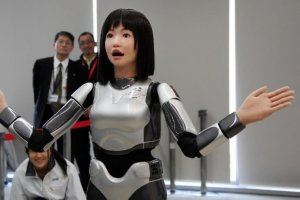 In my speaking engagements, when I mention the terms the future of work and automation in the same sentence, I often see the audience squirm. Peoples worst fear is that their job will soon be taken over by the equivalent of Rosie the Robot from The Jetsons. But even though were only in the beginning stages of work force automation, Im optimistic about the effect it will have on human workers.

Over the last two decades, machines have indeed usurped many human jobs in industries like manufacturing, hospitality, transportation and customer service. But heres what I find interesting : We hang our hats on the idea that there are certain professions, such as teaching and caregiving, in which humans could never be replaced by robots because of the level of personal interaction required.