Accueil > Actualités > Cyberwar : A guide to the frightening future of online conflict

Cyberwar : A guide to the frightening future of online conflict 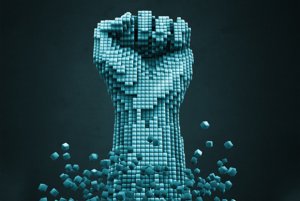 At its core, cyberwarfare is the use of digital attacks by one country or nation to disrupt the computer systems of another with the aim of create significant damage, death or destruction.

Cyberwar is still an emerging concept, but many experts are concerned that it is likely to be a significant component of any future conflicts. As well as troops using conventional weapons like guns and missiles, future wars will also be fought by hackers using computer code to attack an enemy’s infrastructure.

Governments and intelligence agencies worry that digital attacks against vital infrastructure — like banking systems or power grids — will give attackers a way of bypassing a country’s traditional defences.

And unlike standard military attacks, a cyberattack can be launched instantaneously from any distance, with little obvious evidence in the build-up, and it is often extremely hard to trace such an attack back to its originators. Modern economies, underpinned by computer networks that run everything from sanitation to food distribution and communications, are particularly vulnerable to such attacks, especially as these systems are in the main poorly designed and protected