Accueil > Actualités > Why Small Data Is the New Big Data

Why Small Data Is the New Big Data 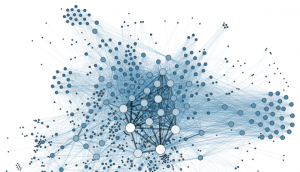 Martin Lindstrom has spent time with 2,000 families in more than 77 countries to get clues to how they live — resulting in the acquisition of what he likes to call Small Data. In his new book, Small Data : The Tiny Clues That Uncover Huge Trends, he argues that the Small Data explains the why behind what Big Data reveals. Knowledge@Wharton recently spoke with Lindstrom on the Knowledge@Wharton show on Wharton Business Radio on SiriusXM channel 111.

Knowledge@Wharton : I wanted to start with an old line that has been around forever : “Don’t sweat the small stuff.” It seems like the opposite is true, correct ?

Martin Lindstrom : Absolutely. The issue right now is that the corporate world has become completely blinded by Big Data. But it’s very, very hard to describe emotions using data. That is where the issue is. A great example of how powerful Small Data is, in fact, the story back to 2002 where the Lego company was almost going bankrupt. What they did was rely on Big Data. They concluded that the instant gratification generation would kill their product. So they changed the size of the small, tiny bricks to huge building blocks. In 2003, the company was almost going into bankruptcy mode.