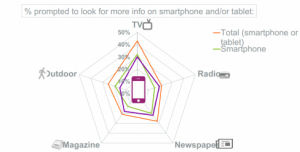 Over two thirds (69 per cent) of UK adults become frustrated when they visit websites that arent optimised for mobile, according to a study from the Internet Advertising Bureau (IAB) and Kantar Media.

The study, conducted across 2,000 UK smartphone owners aged between 16 and 70 years old in September, found that over half (52 per cent) of respondents had visited a non-mobile optimised site in the last month, with 69 per cent of them describing the experience as frustrating.