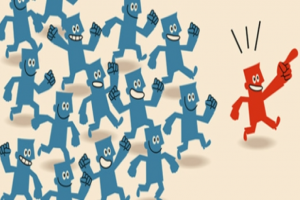 Bigger doesnt always mean better for Unilever when it comes to the influencers it works with.

Influencers previously hired by the advertiser had to be as well-known as a finalist on the hit TV show The Great British Bake Off, according to Madeleine Boulton, assistant brand manager at Unilever. Now, the business is turning to so-called micro-influencers, people with smaller follower counts than the biggest social media stars, but who can offer better engagement at a fraction of the cost. At least thats the theory. For Unilever, which is looking for alternatives to costly agencies, these types of influencers increasingly make sense.

Working with influencer network Tribe, the advertiser has been treating influencers like agencies, going to them with briefs and relying less on its agencies in the process. Previously, weve used agencies [to work with influencers], but if you have a middleman like that, then as an advertiser it becomes a bit detached, Boulton said. I quite like being in control of the influencers myself.

Unilevers most noteworthy use of Tribes micro-influencers to date came in the summer when it ran a campaign for its margarine brand Stork. After posting a brief that asked influencers for images of foods they had baked using Stork ingredients, Unilever picked the 21 creator posts it liked best. Those creators then posted their images to their own Instagram accounts, leading to around 436,000 followers seeing the images over five weeks, according to the brand.