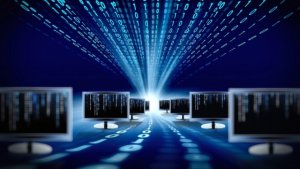 They talk on Telegram and send viruses to their enemies. BuzzFeed News Sheera Frenkel looks at how ISIS members and sympathizers around the world use the internet to grow their global network.

Abu Majad figured that when ISIS came for him, it would be with a knife on a dark street, or a bomb planted on his car. The 34-year-old had been living in southern Turkey since fleeing Syria nearly three years ago and knew that his outspoken stance against ISIS  online and in his hometown in northern Syria  had put him in the terrorist groups crosshairs. What he wasnt expecting was to wake up on the morning of March 29 to a virus planted by ISIS within a seemingly innocuous email attachment.

Everything about this looked like a real email, sent from the admin of my own website. It looked safe, but it was not. They were trying to get my login information, my passwords. They were trying to get things that could have put real lives in danger, said Abu Majad, who asked that his nickname be used instead of his real name to protect himself and his remaining family in Syria from reprisal attacks by ISIS. It was very clever. When I saw it I thought to myself, Shit, now they are professional hackers ?