Accueil > Actualités > Russia, the Internet and a new way to wage war ?

Russia, the Internet and a new way to wage war ? 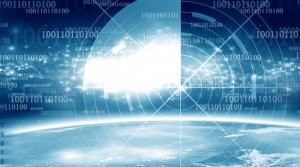 According to a report in The New York Times this week, the presence of Russian spy ships near important trans-Atlantic data cables is causing consternation among American military and intelligence officials. What, if anything, are the Russians planning to do ? Are they trying to see how easily they could cut the cables if war broke out ?

All anybody knows for sure is that the game theory that we used to plot out provocations and responses during the Cold War is obsolete in a digital age.

On the one hand, concerns about acts of digital sabotage in wartime are silly. If war broke out between the United States and Russia, we’d have much bigger problems on our hands than spotty connectivity over the Internet. Sure, it would put a serious dent in Internet-based communications, international banking and a host of other rather essential digital traffic. But unless an enemy shot our satellites out of the sky, the military could maintain basic command and control without the Internet.

On the other hand, the genuine threat here is that the Internet offers a new way for superpowers to, in theory, wage war without blowing up the whole planet. Tactically, an offensive against a Western data pipeline would be more like an extreme embargo. It would be nasty and debilitating, but it doesn’t necessarily call for nuclear retaliation.