US Military Fighting ISIS In Cyberspace 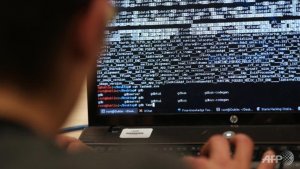 No terrorist group has capitalised on networked technology more than ISIS, both for recruitment messaging and commanding their fighters on the ground.

The Internet is their response to asymmetric disadvantage. Where they lack in infrastructure and resources of a state, they use the web to plan attacks, solicit money and reach out to potential members.

Meanwhile, however, US Cyber Command has mustered an array of cyber capabilities intended to undermine ISISs operations and messaging on the web. Cyber Commands campaign against ISIS, and groups that will eventually follow, continues to test their capabilities against terrorists turning to digital technology to advance their own agendas.

Much like the US strategy of denying physical safe-haven to terrorists, the US and its allies are trying to deny virtual safe-haven for the spread of terrorist ideology and operational know-how.

On the battlefield, physical has merged with digital. ISIS commanders in Iraq and Syria have maneuvered their ranks through urban combat in cities such as Mosul or Raqqa, giving orders and sharing intelligence using networked-devices like phones, tablets, laptops, and small commercial drones. They use disposable Twitter accounts to distribute timely operational commands to fighters following specific hashtags, and create Facebook groups or Telegram channels to relay crude combat intelligence in real time.