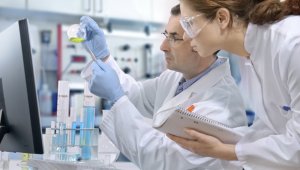 The tranSMART Foundation, a non-profit organization providing a global, open-source knowledge management platform for scientists to share pre-competitive translational research data, today announced the release of tranSMART Version 1.2. Incorporating functionality developed and tested by several hundred community members from around the globe, this version offers extensions in analytics and analysis, data loading, search and retrieval as well as improved developer tools and interfaces that facilitate the addition of new features in the future.

"tranSMART Version 1.2 is the culmination of a more than nine-month development and testing effort that began last November at the Foundation’s Annual Meeting in Paris and continued through a series of community Hackathons and Testathons, as well as a community-driven testing and optimization process," said tranSMART Foundation CEO Keith Elliston. "I am extremely proud of what the community has accomplished this year and look forward to the broad adoption of this platform across academia and industry to more effectively turn scientific discoveries into medical breakthroughs."